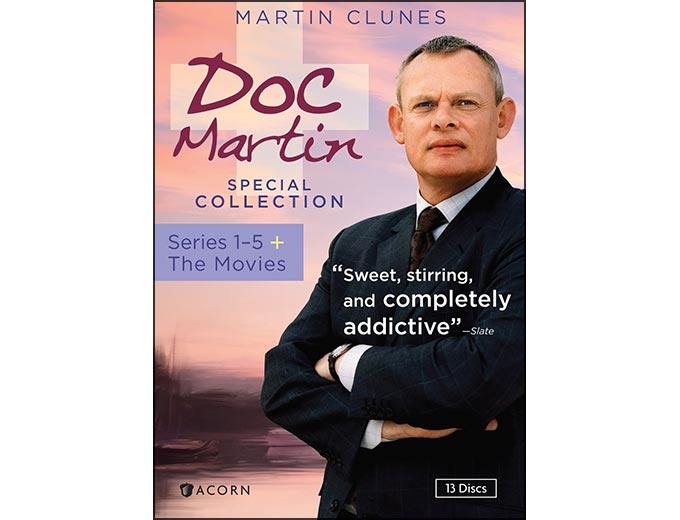 
He’s surly, tactless, self-centered, and uptight—but he’s the only doctor in town.

Relocating to the picturesque village of Portwenn is not what this doctor ordered. After developing a crippling fear of blood, hotshot London surgeon Martin Ellingham (Martin Clunes, Men Behaving Badly) reluctantly retrains as a GP and opens a practice in the quirky seaside town, where he quickly offends the villagers with his dour and dismissive bedside manner.

In these five complete series, Doc Martin catches the eye of the most beautiful woman in Portwenn (Caroline Catz, Murder in Suburbia), tests the patience of his long-suffering aunt (Stephanie Cole, Tenko), and repeatedly hurts feelings as he heals bodies. The two feature-length movies reveal the character’s first incarnation as Dr. Martin Bamford. He’s still ornery but less socially inept, an obstetrician fleeing to the coastal village to reassess his marriage and career. 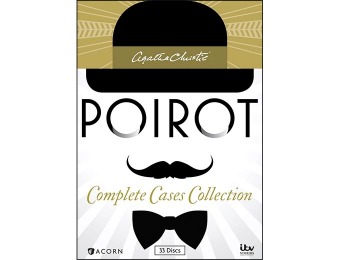