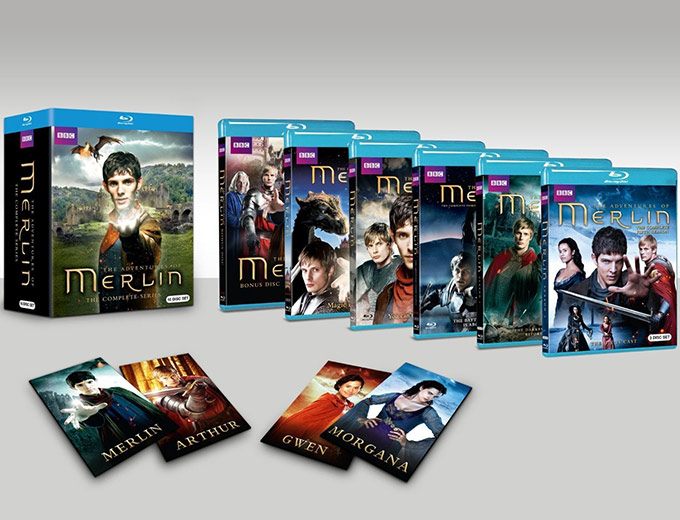 
A thrilling retelling of fabled Arthurian legend, Merlin amassed a cult-following over five action-packed seasons and now the complete series is finally available together in one spectacular DVD collection with even more bonus features and a set of 4 collectible magnets! The mythical city of Camelot is a fantastical realm of legendary beasts and mysterious peoples. In this dangerous world, magic has been banned by the ruthless tyrant, Uther Pendragon (Anthony Head, Buffy the Vampire Slayer). When Merlin (Colin Morgan, The Catherine Tate Show), a young man gifted with extraordinary magical powers, arrives in the kingdom, he quickly makes enemies, including Prince Arthur (Bradley James, Dis/Connected), the headstrong heir to Uther's crown. Guided by Uther's wise physician, Gaius (Richard WIlson, One Foot in the Grave), Merlin learns to use his powers, not only to survive, but also to unlock Camelot's mystical secrets. Along the way, Merlin encoutners dangerous foes, murderous monsters, and powerful sorcerers and discovers that his destiny and that of the kingdom's young leader in waiting, Arthur, are inextricably linked. 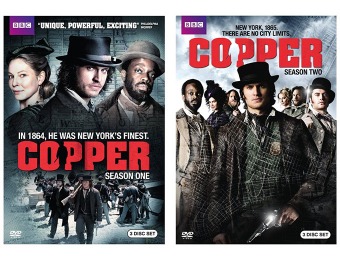