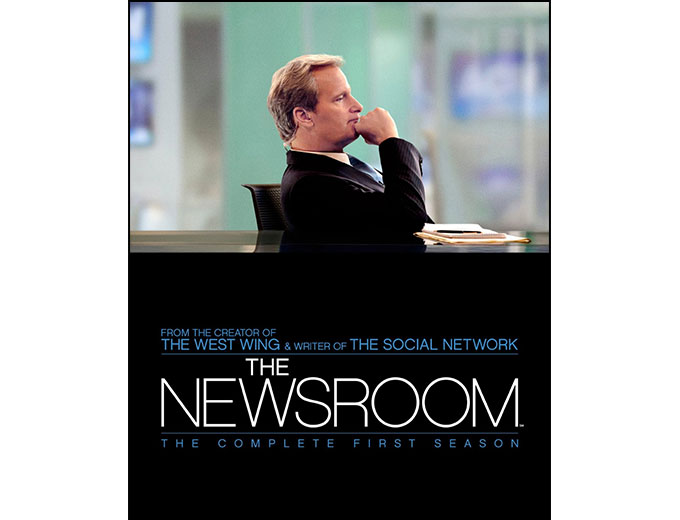 
HBO presents a series from the fertile mind of Aaron Sorkin (The Social Network) and executive produced by Sorkin, Scott Rudin and Alan Poul. Smart, topical, humorous and highly entertaining, The Newsroom takes a behind-the-scenes look at a high-rated cable-news program at the fictional ACN Network, focusing on the on- and off-camera lives of its acerbic anchor (Jeff Daniels), new executive producer (Emily Mortimer), their newsroom staff (John Gallagher, Jr., Alison Pill, Thomas Sadoski, Olivia Munn, Dev Patel and others) and their news-division boss (Sam Waterston). Overcoming a tumultuous first day together -- climaxing in a newsflash that a BP oil rig has just exploded in the Gulf of Mexico -- the team sets out on a patriotic if quixotic mission to "do the news well" in the face of corporate and commercial obstacles, and their own personal entanglements.